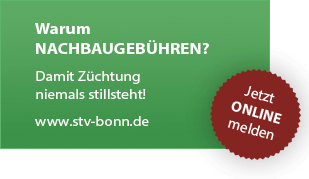 “Jürgen Wagner chants in his poem at LiteratPro: “Hurray for the potato! And he’s right: almost 380 million tons of potatoes are cultivated all over the world every year. The potato plant originated in the high Andes of Peru, Chile and Bolivia and was planted by the Incas over 2000 years ago. After America was discovered by Columbus in 1492, Spanish sailors in particular brought the potato to Europe in the course of the 16th century. In Europe, the potato was initially recognized as an ornamental plant and not as a useful plant due to its flowering. The introduction of potatoes nevertheless changed the world considerably, as many seafarers realized that they had a very nutritious, storable and healthy food on board.

It is also astonishing that potatoes became a “folk food” in Germany, because initially there were great concerns of the population against “potatoes”. Thanks to Frederick the Second of Prussia (1712 – 1786), the potato also began its triumphal march in this country. He quickly recognized the importance of potatoes in a time of constantly growing population and repeated famines and initiated the mass cultivation of tubers from about 1740. This also helped the potatoes to break through in Germany.

Of course, Dr. Karl-Heinrich Niehoff has known all these stories and stories about potatoes for a long time and he is also very familiar with the potato itself. Because the graduate farmer runs a successful starch potato breeding, propagation and seed potato marketing business at Gut Bütow. “The focus of our work is on new varieties of potatoes, especially starchy varieties. We are also working on breeding varieties that are resistant to various diseases. Especially today, when chemical crop protection is rightly criticized, it is important to look for other possibilities,” Niehoff points out. As typical potato diseases, the expert names herb and tuber blight, nematodes, which attack the roots, various fungal diseases or potato cancer, which is actually also a fungal infection of tuber and stem.

These breeds are carried out by Saatzucht Gut Bütow in close cooperation with the Federal Research Institute for Cultivated Plants in Groß Lüsewitz near Rostock. “The international gene bank for plant material is also located in Groß Lüsewitz. We are currently working together with the institute on two special projects. One of them is concerned with the search for drought-resistant potatoes, which is a future-oriented project in view of this year’s drought in the country. The second project deals with potatoes that are completely resistant to herbaceous rot. As things stand at present, we can report the first successes in both projects,” says Dr. Niehoff with satisfaction. In order to be able to continue this research with vigour, Gut Bütow is training young plant technologists specifically for experimental work in the field and laboratory. A first graduate recently successfully completed a 3-year training course, another young woman has just started her training.

The cultivation of starch potatoes is an important task, because potato starch is the highest quality starch compared to the starch obtained from cereals, maize, rice or tapioca. “Potato starch is mainly used in the food sector, in the production of high-quality paper and in the plastics industry,” Niehoff lists. But they are also bred for the fresh market. A new red-shelled table potato called “Macarena”, which is very tasty and is characterised by low susceptibility to late blight, is currently being harvested.

The production and service spectrum of Gut Bütow today includes potato seed potatoes and cereal seed in plant production, an extensive experimental system on over 2000 plots, the use of wind power and the operation of two biogas plants.
This is why 30 employees are on the payroll here. The Gut Bütow itself can look back on a long tradition. The large warehouse in the landscape, which was built around 1920 by the former estate owner Wilhelm Petersen and expanded to include a grain mill and a bread factory, is visible from far and wide and characterises the landscape. Petersen’s business idea of supplying Berlin with bread from Bütow was already a logistical masterpiece at that time. The beginning competition finally led to the abandonment of bread deliveries after almost ten years. At the beginning of 1929, Rudolph Karstadt took over the Bütow estate in trust for his department store group. In 1938, Karstadt sold the Bütow estate to the owner of the manor, Fritz Karow. After the Second World War, the estate developed into a VEG (Volkseigenes Gut in Staatsbesitz), an important breeding and propagation company for table potatoes. In 1991 Dr. Karl-Heinrich Niehoff leased the estate and continued the tradition of VEG. Dr. Niehoff had already been working in this field since 1985 and was head of a larger agricultural business in Emsland. At Gut Bütow, the graduate farmer was now able to devote himself even more intensively to research and breeding and thus to a certain extent achieve his own goals. For him, it goes without saying that he is also committed to the region and for the region. He was active for several legislative periods in the district parliament of the district of Müritz, was temporarily deputy mayor of Bütow and is still active as chairman of the water and soil association.